When two souls come together and bring out the wholeness in each other and ultimately unite with Spirit, that union is a true marriage between soul mates. Soul companions, being primarily united in Spirit and love, find the ever-new joy of God as the breath of their existence. The more strongly they become united in Spirit the less they concentrate on sex life. Soul companions in perfect marriage—even if they have sexual union for the propagation of spiritual children to bring good souls to earth—have their minds primarily engaged and engrossed in the perfect love of God. (sc)

When a man and wife are united as true soul mates they will be one flesh, they will act in harmony and unison in body, mind, and soul; their souls will not act with different ideals, but as two bodies, two minds, two souls, with one ideal.

The culmination of marriage between soul mates is distinguished by the fact that the husband and wife no longer live on the sexual plane—not by forced abstinence, but in transcendence. Being together in perfect love, they become united with God. Any so-called soul mates who have not yet extinguished their sexual appetites are not truly united as soul mates. A marriage that is very harmonious but without God-realization may be a moral marriage, an ideal socioreligious relationship on the human level, but falls short of being an actual spiritual marriage between soul mates, the end of which is liberation in God. (sc)

The concept of soul mates is entirely misleading without knowledge of the basic truth that it is only on the plane of creation, where the law of relativity prevails, that a soul identified with a form (jivatman) may be considered as being a male or female "half-soul." The true nature of the Self (the pure atman) as a reflection of Transcendent Spirit beyond the delusive requisites of the created worlds is free from sex and duality. (sc)

Sometimes even a chance meeting between soul mates fills one with a sense of completeness and pure love that wholly vanquishes all sense of need for physical union. This is true of relationships that have evolved through past lives as soul helpmates. (sc)

Soul mates living on different parts of the earth, or even if one is on earth and the other in the astral world, may come together in a liberating union of God's love. The ideal man or woman who does not live on the sexual plane develops a spiritual magnetism by which he or she can attract the right soul mate on the earth plane or the dream plane or astral plane or the plane of conscious visions experienced in deep meditation. In the meeting of one's soul mate by whatever means, there will be no further desire to live according to worldly norms on the material plane. The reunion of masculine-feminine, positive-negative, reason and feeling, brings forth the immutable image of God in the soul. There is no necessity for physical marriage at all. It will be consummated right within one's heart. (sc)

There is an even higher way of fulfillment than spiritual union of soul companions on the physical plane: union with God by divine communion in meditation and ecstasy. Seeking soul liberation through union with a soul mate is a spiritually dangerous course for those who are not already advanced in wisdom, for temptation may cause them to sink into the delusion of wrong living that will take them away from God into the karmic bondage of further reincarnations. But once the soul of man or woman is united with God, the Consummate Soul Mate, that soul never can fall from liberation. This is why Jesus, Swami Shankara, and other saviors have shown this highest path of liberation by uniting their souls directly with God alone. (sc) 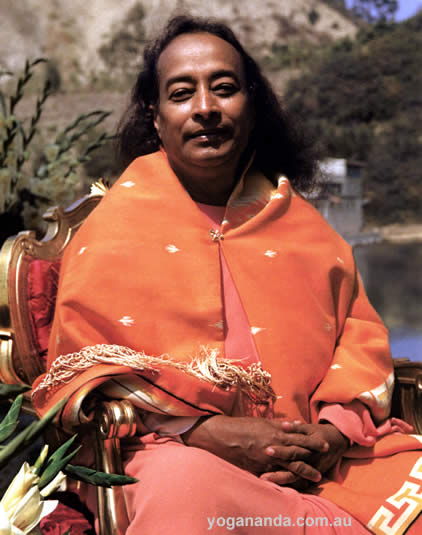