Reincarnation is the law of spiritual evolution. It gives everything a chance to work out its karma (the law of action). Evolution and reincarnation are methods of propelling all creation toward final freedom in Spirit, held no longer under the natural law of death. (os)

Reincarnation means that you did not finish your schooling; you have yet to pass in all the grades of physical, mental, and spiritual unfoldment, which will earn for you a diploma of perfection and freedom. (jt)

Unfulfilled desires are the root cause of reincarnation. You don't have to be a king in order to have complete fulfillment. Nor do you end desires by giving up everything and becoming a poor man. You have your own self-created destiny with its lessons to be learned, and you must play well that part for which you were sent here. If everybody on the stage wants to be a king or queen, there will be no play. An actor with even a minor part can ruin the entire production by a poor performance. Every role is important; everyone should interact harmoniously for the success of the play. The Lord has been trying to make a good drama out of His creation, but I am afraid that most actors have bungled it. (jt)

We are the sum total of the consciousness we ourselves have created over a period of incarnations. This mind, or consciousness, is the supreme force that governs all voluntary and involuntary activities of this bodily factory with its multifarious outputs.

By reincarnation the soul travels through the forms of mineral, plant, animal, and human life. In different incarnations the soul is encased in bodies of the brown, white, black, yellow, and red races, that man may learn non-attachment to any particular body and race. Finally he realizes his true nature of Spirit. He knows himself as a child of God... present in everything. 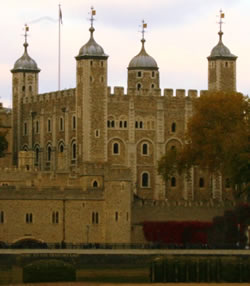 I also recall my own past incarnations, beyond all doubt. In the Tower of London, for example, I found many places that I remembered from a past life, places the present caretakers didn't know anything about. Because I was once an Englishman, in my childhood in India I preferred to eat with a fork and knife. When my family asked why I wanted to use these instead of my fingers, as is the Indian custom, I said, "I remember this from the past." (dr)

And never have I died, though many times I dreamed the death of my body in this dream world. In this one incarnation I can sleep and dream that I am born in England as a powerful king*. Then I die and dream I am born a devout man. And then I die again and am born as a successful lawyer*. Again I die and am reborn as Yogananda. But they are all dreams. That is what I am saying. I used to find such pleasure in discovering my past incarnations. But that has lost its enchantment. They are just so many dreams. (dr)

[* Number of Yogananda's disciples reported that he told them that in one of his previous incarnations he was the king of England William I, The Conqueror (1027-1087). Above quotes referes to that. There is also suggestion that he was Daniel Webster (1782–1852) US lawyer & politician but there is much less information about that. (Web Publisher's Note)]

At times life seems to be a cruel game. The only justification for it is that in reality it is only a dream. That is why there are so many differences in the world. Some people are poor, some are rich, some healthy, some sick, and so on. You have had many experiences through many incarnations and you will have others in future incarnations, but they should not frighten you. You must play all parts in the motion picture of life, inwardly saying: 'I am Spirit.' This is the great consolation that wisdom gives us. (os)

There is deep reason why God does not usually allow us to recall our previous lives. It is because we would be clannish, tending to re-associate with those we knew before, instead of expanding our love to encompass others.

Life by life, each man progresses (at his own pace, be it ever so erratic) toward the goal of his own apotheosis. Death, no interruption in this onward sweep, simply offers man the more congenial environment of an astral world in which to purify his dross. 'Let not your heart be troubled... In my Father's house are many mansions.' It is indeed unlikely that God has exhausted His ingenuity in organizing this world, or that, in the next world, He will offer nothing more challenging to our interest than the strumming of harps.

Life seems such a tangible reality, and yet it is elusive. Every minute is precious. Today you are; tomorrow you are not. I remind myself of this every day. One by one we slip away. Others will come and we shall go. But the body is only a garment. How many times you have changed your clothing in this life, yet because of this you would not say that you have changed. Similarly, when you give up this bodily dress at death you do not change. You are just the same, an immortal soul, a child of God. Reincarnation means merely a change of mortal dress. But your real self will never change. You must concentrate on your real self, not on the body, which is nothing but a garment.

We have to return again and again to the school of life until all lessons have been learned. So long as we leave earth at death with desires unfulfilled we have to come back again in order to fulfil those desires.

All good human experiences — marriage, love, success, study, meditation, exercise, self-discipline — are necessary steps in the growth of the fruit of Self-realization.

Try to realize you are a divine traveler. You are here for only a little while, then depart for a dissimilar and fascinating world (astral worlds). Do not limit your thought to one brief life and one small earth. Remember the vastness of the Spirit that dwells within you.

During your sojourn here upon earth, remember that you are only a movie actor. You may be called upon to play any kind of part, tragic or comic, and you must play well; as you watch yourself in tragic roles, say: 'That is a fine, sad picture and I played it well.'

How we live this life determines what we are in the next.

The thoughts that predominate at the time of death can bring you either salvation — if your supreme desire is for God — or rebirth. If you are filled with worldly desires, those thoughts impinge themselves on the subtle body and bring the soul back into another earthly incarnation. The sum total of past actions and unfulfilled desires determines what kind of body you will have, and sets the general pattern of your new incarnation. Just as the form of a huge banyan tree lies hidden in a tiny seed, awaiting favorable conditions for germination; or as the sounds of a record are secreted in its grooves, waiting for the touch of the needle to bring them out, so the past-life tendencies carried in the subtle body become manifested through the medium of a new incarnation.

The yogi who roasts in a fire of wisdom all seeds of new desires becomes free from the thralldom of reincarnation. Nevertheless, not having finished the effects of all past actions, he encounters in his present life good and evil happenings, health or disease, flowing from his past karma. Possessing inner tranquility and the joy of Spirit, he is not excited at the advent of good fortune; neither is he depressed by calamities. He watches with a calm indifferent attitude the joyous and sorrowful scenes of his life. What have they to do with him?

Man lives in one body and with one name only once. He never reincarnates again with the same form and identity. A person may wear a garment for some time and then discard it, never to use it again. Similarly, the soul wears a different body in each of many lifetimes until, through reincarnation and spiritual evolution, it ascends back to Spirit. Thus you live only once as any particular person, but the soul, the eternal you, lives through numerous reincarnations, carrying with it the cumulative personality and karmic tendencies of its past existences. (jt)

Your physical appearance, especially the eyes, shows more or less what you were like in previous lives, so deeply does the inner being impinge on the outer form. The eyes are one's most significant physical feature. (jt)

Those who spend their earthly sojourns in emotionally reacting to the endless dream pictures of life continue to behold turbulent dream pictures of death and new incarnations. Until such men abandon their search for a paradise of pleasures in the emotional dream-drama—lured by the specious promises of the flowery enticements of the senses—they cannot merge in the changeless Everlasting Blessedness behind the fanciful tumult of change. By deep samadhi meditation, the haunting specters of man's inexplicable fears are eradicated, along with mandatory rebirths. (bg)

Learn the lesson that you are not a man nor a woman, but a soul made in the image of God. Otherwise, God will have to send you here again and again until you outgrow your ignorance and realize your true Self. Become so conscious of God that you know He is the only Reality. The more you meditate, the more that thought will be paramount. (jt)

Desires for worldly joys create the magnetic attraction that draws man back to earth, life after life. Reincarnation is no longer necessary for those who have fulfilled their desires in God. (me) 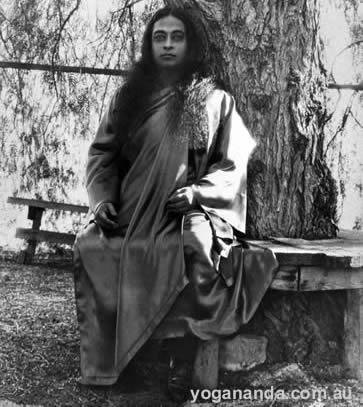 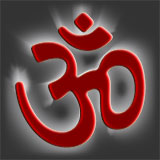